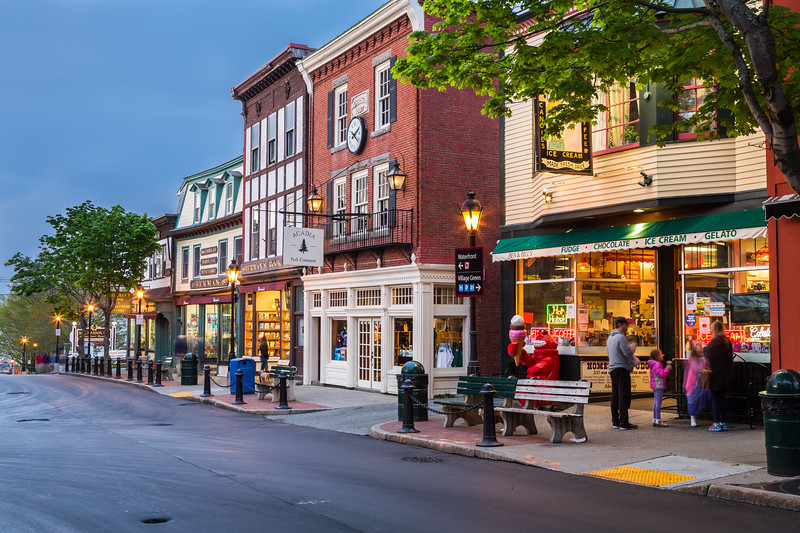 Bar Harbor is a town on Mount Desert Island in Hancock County, Maine, United States. As of the 2010 census, its population is 5,235. Bar Harbor is a popular tourist destination in the Down East region of Maine and home to the College of the Atlantic, Jackson Laboratory, and MDI Biological Laboratory (Salisbury Cove village). Prior to a catastrophic 1947 fire the town was a famous summer colony for the super-affluent elite. Bar Harbor is home to the largest parts of Acadia National Park, including Cadillac Mountain, the highest point within twenty-five miles (40 km) of the coastline of the Eastern United States. The town is served by the Hancock County-Bar Harbor Airport, which has flights on Cape Air and PenAir to Boston.