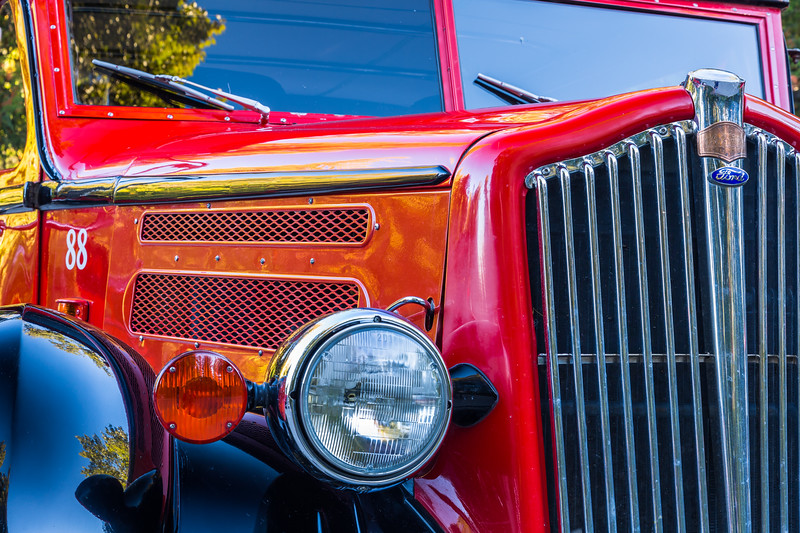 Red Jammers are buses used at Glacier National Park in the United States to transport park visitors. While the buses are called reds, the bus drivers are called jammers because of the sound the gears made when shifting on the steep roads of the park. The "jamming" sound came from the unsynchronised transmissions, where double-clutching was a must.

Originally tested at Yosemite National Park in California in 1935, they were manufactured as the Model 706 by the White Motor Company from 1936-1939. The distinctive vehicles, with roll-back canvas convertible tops, were the product of noted industrial designer Alexis de Sakhnoffsky, and originally operated in seven National Parks. Glacier National Park still operates 33 of their original buses today on the Going-to-the-Sun Road in Glacier National Park, Montana, United States, where they are referred to as Red Jammers. Glacier's "missing" buses still survive to this day. The park kept one in its original condition at their headquarters in West Glacier, while the other operates in Anaconda, MT giving tourists a ride around the town. Yellowstone National Park park runs 7 of their original 98 and also keeps one in its original condition. In addition, Gettysburg National Battlefield runs two of Yellowstone's buses for tourists.

Glacier's were restored from 2000-2002 by Ford Motor Company in conjunction with TransGlobal in Livonia Michigan to run on propane or gas to lessen their environmental impact.[1] The bodies were removed from their original chassis and built upon modern Ford E-Series van chassis.[2] The original standard transmissions were also replaced in 1989 with newer automatics, removing the trademark "jamming" sound. Yellowstone's 7 buses were restored in 2007 by TransGlobal LLC of Livonia Michigan.